Port Broughton is situated up the top of the Yorke Peninsula, on the left hand side of the Spencer Gulf and is well known for its fishing, with Snapper, King George Whiting, Garfish, Tommy Ruff, Squid and Blue Swimmer Crabs being the predominant catch of the day.

Port Broughton is home to a permanent population of around 1600 people, many of them retirees, farmers and commercial fishermen. During the summer months, the population swells to nearly 3 times this number with tourists and anglers who like to try their hand at a few snapper. Snapper season finishes at midday of November 1st and starts again at midday of November 30th. Many anglers can be found in the waters around Broughton during this time testing their luck at catching the ‘big one’, with snapper sizes up to 15kg.

Known as ‘The Channel’, the run out of the harbour is a great place to get a bite or two of garfish or King George, while crabs and squid often catch your hook while you are trying for something else.

Try your hand at a few of the local wrecks and marks below: 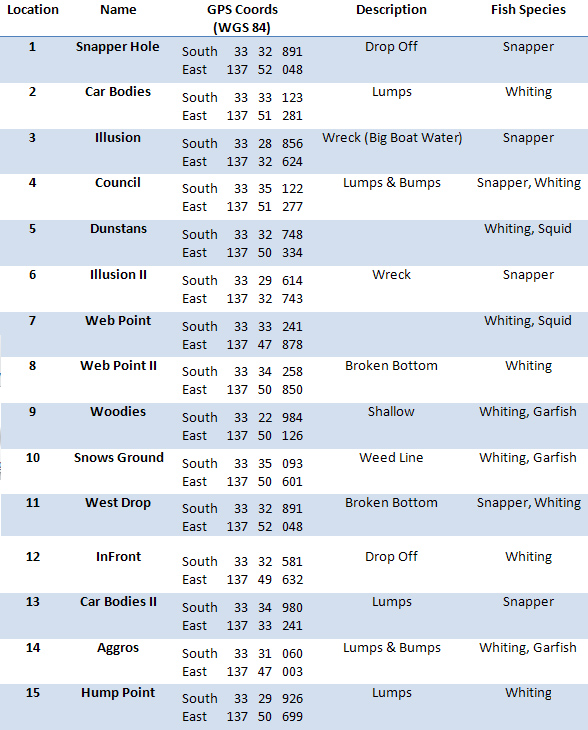